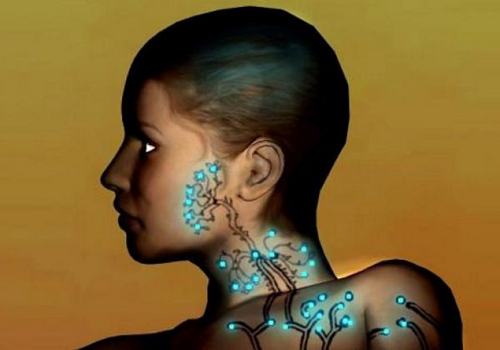 Humans and their Terragen siblings and descendants have remade themselves in countless ways. They may live for millennia if they choose. They may link their minds to cybernetic enhancements and communal data stores. In many places none has ever known hunger, or sickness, or want. They swim in ice-covered oceans under the stars, in the yet colder vacuum between the stars, and sometimes even within the stars. They take on the aspect of Earth's animals or of life forms from a thousand worlds and augment themselves with shimmering machines. Sometimes they worship the archai gods. Sometimes they worship other gods, as old as history or as young as the latest fad. Sometimes they worship no god at all. And sometimes, after centuries of experience, adventure, and practice, they take the path of Transcension, and perhaps become gods themselves.

Alife: Virtual life; beings evolved in artificial life simulations. Alifes are found throughout the Known Net; most virchworlds have a rich quota of alifes, including many autonomous and indigenous forms

Clade: Any group of sentient beings, whether designed, modified, or evolved, who share common ancestors or templates and who have distinctive physical, psychological, toposophic, and social characteristics in common as a result of that shared heritage.

Modosophont: The most common type of sophont (intelligent, self-aware entity) in any particular population; often a human, or nearbaseline human, or various kinds of provolve, vec or cyborg.

Neogen: A biological being or species created entirely from scratch rather than by modification of naturally evolved stock. A product of neogenics, the technology of creating life from lifeless materials.

Nanotechnology: Nanotechnology may be biologically or mechanically based, although in practice these two tend to blur. What all nanotech has in common is the ability to manipulate matter on the scale of individual atoms, and thus to construct almost anything that can physically exist. In practice, nano-assemblers require the correct template or instructions and building material or feedstock. Even basic nanotechnology provides amazingly powerful and efficient labor for every imaginable type of production and service.

The introduction of the first crude nanotechnology during the 21st and 22nd centuries of Old Earth and Interplanetary Age civilization was hailed by many as the greatest revolution since the introduction of technology itself, and perhaps since the emergence of life on Earth. Even so, nanotech was an evolution rather than a revolution, and emerged from the pre-existing knowledge and devices.

Biotechnology: Biotechnology includes everything from simple agriculture and animal domestication through genetics and organ transplants to DIY gengineering, neogenics, biospherics, and mature bionanotechnology and beyond.

Biotech is as creative as life itself. In the ten and a half millennia since the first crude attempts at gene-splicing on Old Earth, trillions of species of bioengineered organisms have been created, or have evolved from gengineered neogens. These range from the eternally young and cute Metaneko kitten to supercomputing bacteria to lickersucker domestic cleaners and grukovores acting as ecological maintenance machines, to say nothing of the billions of species of organisms designed simply for the sake of bringing a new species into the galaxy.

Computronium: "Computronium" is a catchall term for a wide range of substances comprised of very densely packed computational elements. From a human baseline's macro-scale point of view, it would appear to be a continuous substance, much like human brain matter. It is used by higher intelligences for its speed and efficiency. Using it reduces signal times because of the short distance between each element and the fact that the huge number of processing units per unit volume means only a small volume of it is necessary to do a certain amount of work.

Like all computer equipment, there are many different grades and implementations, ranging over all levels of technology.

Wormholes: An Artificial Wormhole is a traversable wormhole created to allow apparent 'faster-than-light' travel between two points in the Universe. It has two entrances (mouths) called "termini". The termini are connected to each other via the wormhole 'throat', and are kept open via the natural vacuum fluctuations of space-time. By traveling the distance between the mouths, a space vessel can travel immense distances in an FTL-like fashion in the time it takes to travel the throats length in normal space, but without violating Special Relativity. Traversable wormholes constitute the only possible way to travel faster than light (in a global sense, since locally the travelers still move slower than light). For various reasons, including virtual particle flooding and the formation of Cauchy horizons, wormholes cannot be used as time machines.

Spacecraft: Without ships there could be no galactic civilization. Information transfer through laser link and nanogauge wormhole alone is not sufficient; physical transport by spaceship is necessary to fully bind the galaxy together. The type of ship design, function, and drive has varied greatly throughout history and among the different polities, clades, cultures, and societies, but all ships serve a vital common purpose. Nothing symbolizes Galactic Civilization as perfectly as the Ship.

Too Popular - by Ryan B

#Sound[subtype:scream] + #Movement[subtype:thrashing] iuml; #131; Distress? iuml;#131; DANGER? Within a millisecond, the apartment's expert system responsible for safety activated and assessed that there was no real danger; the occupant was just waking from a particularly engaging virch. The system passed apartment management back to the environmental optimisation protocols and returned to hibernation. Still sensing distress, the EOPs lovingly increased the lighting and adjusted the colouring of the apartment to warm and comforting. The occupant, once fully awake, started to calm down.

That was odd, they thought, before making a mental note to adjust the settings of future virches, it's a little disorientating when you fully believe a virch is real (especially when it ends with you falling headfirst down a waterfall!). Another mental note was spawned containing a reminder to look out for a deductive reasoning IA mod next bodyswap. The EOPs watched patiently as the occupant carefully examined the new body they had woken up in. Compared to the one that lay down to sleep over a day ago, it was certainly more festive. Spindly, over two metres long, hermaphroditic (a stark contrast to the neut body of before) and decorated in moodomorphic chromatophores over the skin and long mane of hair; currently rippling with shocked yellow and satisfied pink.

Very refreshing after spending subjective weeks in a world of just two sexes! Se thought. Utilising a subtle blend of deductive and techno-telepathy the EOPs began reconfiguring the apartment in anticipation of the occupant's needs. The large cushions, spongy floor, and fluffy furniture dissolved, replaced by marble tiles and a deep pool of water. The occupant smiled and rose from their futon (which promptly followed the rest of its fellows and dissolved), their wer-weave duvet slithering over to the pool. Tentatively, it examined the water before diving in with a splash. The occupant laughed at its pet as it morphed into a colourful shoal of fish, before stepping into the steaming pool hirself, sighing with anticipation of the day to come.