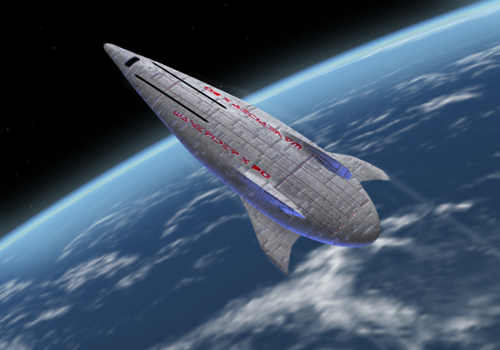 In the mid-21st century, over a period of less than thirty years, several fields of research and technology came together to transform human civilization in ways nearly unimaginable to prior generations. Researchers developed the technology of Direct Neural Interface, allowing human minds to link directly with their computers. Genetic engineering became reliable and sophisticated enough to allow the first widespread improvements, or "tweaks", to the human genome as well as the creation of the first "provolved" animals, animals engineered for human-like intelligence. The dream of nanotechnology began to be realized, and nano-scale manufacture became a viable industry. A combination of nanotech-created advanced materials, robotics, and teleoperated devices made it possible to develop a truly viable and self-sustaining space infrastructure. Finally, and perhaps most importantly, researchers created the first human equivalent, or turingrade, artificial intelligence. The future would never be the same again.

DNI (Direct Neural Interface): Common device that allows an organic nervous system to directly interface with cybernetic devices for the purpose of communicating with or controlling them.

Provolve: Any of the innumerable animal (and even a few plant or fungal) species that, through any of various means (germline engineering, bodymods, symbiotic bionano, etc.) have had their intelligence increased to human baseline level or beyond.

Turingrade: An AI of baseline human equivalent intelligence and sapience.


Calendars and Timekeeping in Terragen Space

Over the course of its history, Terragen civilization has used a variety of calendar systems and dating schemes. Nearly every major civilization or empire has its own calendar based on such things as the date of the cultures founding, the day the first colonists arrived in the local solar system, or other events of civilizational or local cultural importance.

Local dating systems however, do not provide a convenient 'universal' system for measuring dates, even when 'local' in this context may span millions of solar systems. For this reason the A.T. (After Tranquillity) calendar is used across most of the Civilized Galaxy in addition to whatever local system is in use.

The A.T. system was first implemented in the year 391 (2360 c.e.) when a number of Lunar and orbital habitats determined that they preferred to use a calendar that was based on a historical event more significant to them than the birth or deeds of any person or polity from Earth's past, in part especially since arguments over other usages might be divisive. Eventually the First Federation made it the standard timekeeping system. Although its popularity has waxed and waned over the course of ten thousand years, and though in a universe governed by special relativity it is impossible to say in an absolute sense whether two events occur at the "same time" if they are separated in space, the A.T. calendar has remained a fairly constant factor in Terragen culture.

To learn more about calendars, timekeeping, and the history of Terragen civilization, click HERE.

A pair of hands moving, scrabbling, feeling about in the dark.

All existence consisted of just this, and nothing more. Mendel-19 had been reduced to a single pair of limbs, without eyes, or ears, or any other source of information. If e had been a biological being, e might have panicked. Instead e was simply intrigued.

Two hands flailing about in empty space until one accidentally brushed the other. Aha! Now each hand knew where the other one was. Touch receptors were working well; the myriad tiny fingers on these two disembodied limbs felt each other and confirmed that both hands were complete and in working order. Proprioception readings could now be calibrated; each limb knew where it was located compared to the other. Now one of these isolated hands moved slowly down the opposite arm towards the fixture to which both limbs were presumably attached. Yes, there was the limb-socket. Both arms were firmly fixed to a hard, smooth surface. This surface was completely flat and bare, right to the extent of the reach of both arms.

Without any audiovisual input, and only the senses of touch and proprioception to go on, Mendel-19 had reached the current limits of information. What had happened? Where were these two limbs currently located, and why was no-one else around? If only these arms could reach just a little further. Well, that could be arranged, with a little effort.