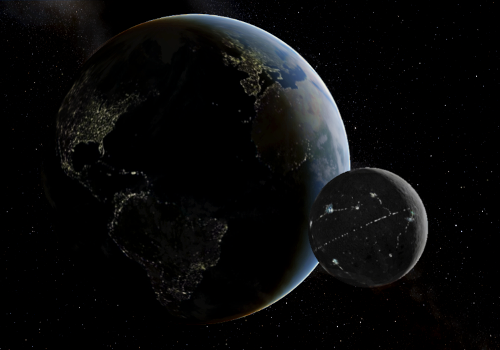 As humanity and its descendants and creations spread first across the solar system and then across the stars, the transapients travelled with them and ahead of them, a new force which spurred and drove human and other human-equivalent civilizations. In due course the transapients split into factions, some hostile, some indifferent, and some friendly to their biological predecessors. For their own inscrutable reasons, they began to manipulate entire nation-states and worlds towards various goals. Sophont philosophies and cultures were formed, reformed, and remade as sophisticated memetic tools performed their work upon them. Immaterial and undetected, levers of trend and fad, idea and belief pushed and pulled at human and other modosphont minds, shaping them to the transapients' mysterious desires. Fighting among themselves, the early transapients nearly destroyed the solar system, driving the bulk of lesser Terragenkind to the stars, and giving birth to a god-like being who exceeded their own powers as they exceeded those of humanity, a being of the Second Singularity. Other, greater Singularities were to follow.

GAIA: The archailect that rules Earth

Meme: Self-reproducing idea or other information pattern which is propagated in ways similar to that of a gene.

Memetic Engineering: The science and art of establishing a meme or meme-complex.

Techocalypse: The disaster that befell the Solar System in 540 AT -known by many other names, including the Nanodisaster, the Technocrash, and the Nanoswarms as well as more technical terms such as Cascading Complexity Collapse.

Minor Archailects/Godlings (S3): The smallest grade of Archailect, or alternatively the highest grade of Transapient, these may be subroutines or sub-personalities of the Archailects proper, or they may be Godlings in their own right. Minor Archailects often result from hyper-ascended Posthumans or Hyperturings, and may in turn occasionally grow or merge or unite to form an Archailect (although this happens rarely; it has been suggested this is what is happening in the Perseus Arm). As with the Greater Archailects, they can and frequently do have a personal relationship with any or all sentients that they so choose. There are at least several million Minor Archailects throughout the galaxy mostly in moon class computronium nodes or distributed asteroid class nodes.

High Transapients (S2): Not Gods with a capital "g", more gods with a small "g", most are tiny next to even the Minor Archailects, yet are superhuman next to the First Singularity sentients. High Transapients, often result from ascended Posthumans, and may sometimes in turn grow or merge or unite to form a higher toposophic being. Some — much more often than the Archailects proper, but less frequently than the transapients — interfere in the affairs of ordinary sophonts. More often they manipulate the situation from behind the scenes, often acting through Transapient proxies. There are thought to be over a billion High Transapients active at any one time.

Basic Transapients (S1): Those past the Singularity; the Transapients. Their origins are diverse, the ascended phyles and types including posthuman, postvec, postprovolve, postxeno, postalife, postneumann, and/or any combination. Also there are powers that never ascended from lower toposophic levels, but fissioned or emanated off from Archailect Gods. In behavior and preference they are equally diverse. Some congregate in communities or civilizations of their own making, or with different genera of Transapient. Others interact with the sophonts beneath them, or with the Archailects above them. Others are solitary. Some are friendly and benevolent, others indifferent, some even hostile when contacted. Some are so alien as to be beyond understanding, others completely human-like. Compared to ordinary sophonts they possess unprecedented physical, intellectual, and/or psychological capacities. They are self-maintaining, self-constituting, potentially immortal, unlimited individuals.

The Inspection - by Ryan B

Listening to the babble of the assembled crowd, Thade could scarcely hear the usual sounds of the station; the squeak of doors opening and closing, the drone of the ventilators and the repetitive thud of power tools. That such sounds were so often heard and their absence so noticeable spoke volumes about the condition of hab Far Rig. It was thanks to this state of affairs that an atmosphere of hope (tainted with suppressed desperation) filled the main reception concourse. Straining on his tip-toes to see over the heads of the crowd, Thade kept track of the video displayed on a storefront window (one of the few still capable of projecting sounds and images). At the sight of the inner airlock door beginning to open the crowd went silent. Since the sleek torch ship docked with the counter-rotating spaceport, no one but the welcome committee had had any contact with the occupants inside; the crowd was eager not only to see the inspectors arrive but also to see the mission completed as soon as possible (and with it their salvation).

In a hushed voice an announcer (a crippled ex-machinist) reminded everyone that this was the first time anyone had entered through the airlocks in over a decade. Once the door was fully open the inspectors (make that inspector) emerged from the airlock and whispered conversations started throughout the crowd as people tried to make sense of what they could see. "I thought they still retained pre-Disaster tech?" one woman asked her mate. She could be forgiven for her confusion Thade thought; what was now floating down the entrance corridor towards the welcome committee hardly looked like the product of an alliance of habs supposedly decades ahead of Far Rig in science and technology. The crowd was expecting something similar to the ethereal, glasslike bots they used to possess before the Disaster or at the very least well-fed sophonts in gossamer envirosuits. Instead what looked like a giant mechanical crab was laboriously making its way down the corridor. Its movements were jerky; in between the armour-like plates covering its limbs Thade could see actual pistons. Amongst the crowd a man began to chuckle, "Don't you see?" he asked the woman who had spoken previously (drawing the confused attention of others) "It's called `defensive obsolescence.' That bot or vec or whatever it is looks like it's made from crude technologies because it is; no smart matter, no FITs, nothing to be subverted by goo or malware. It's an example of the anti-plague protocols we've heard so much about." Hearing this explanation the crowd's mood brightened, they hadn't been conned at least.

Presently the inspector reached the welcome committee. Thade cringed as a woman named Betal (an alpha-grade labour logistics manager chosen by lottery for this task) pushed herself forward and recited her speech; "On behalf of the residents of Far Rig hab I welcome you Inspector. I hope that your arrival marks the first step in creating a bridge of prosperity between our people."

"Thank you resident. Let us indeed hope for such a positive resolution," Inspector (it didn't question the title as a name) responded in a flat tone. "Shall we proceed?"