The OA Project: Radical Hard SF
Anybody who has studied the genre knows that 'hard sf' is a soft term. It does convey the general idea that the focus is on staying close to what current scientific understanding tells us does happen or could happen, but in detail it means different things to different people. It is rare for any two readers, authors, or critics to have exactly the same take on it. Worse, the word 'hard' tempts people into comparing different science fiction stories or settings in terms of just how hard they are on some sort of Mohs Scale of science-fiction hardness, often with the unfortunate implication that harder is better.

The OA project wrestled with the 'hard sf' term, especially in its early years. In the end we settled for saying 'hard but not diamond hard'. That was a nod towards the elements of the OA setting that are more speculative, elements like wormholes that are more in science's 'not impossible' category than in the realm of probability or certainty. The statement was good as far as it went, but since then we've found a better way of describing ourselves.

The term Radical Hard Science Fiction was a category that was invented by the good people at Steve Jackson Games. As part of their series of GURPS (Generic Universal Roleplaying System) books they've covered the range of different kinds of science-fiction settings pretty thoroughly. In their GURPS Ultra-Tech rulebook they describe a number of different kinds of settings, with different 'technology paths'. Naturally that book speaks of all them favourably. They are, after all, each good clean fun in their own distinctive ways. Two of those possibilities are of special interest to the OA project: paths for possible future technologies that they call 'Conservative Hard SF' and 'Radical Hard SF'. Conservative hard SF is based on cautious extrapolation from present-day knowledge, with perhaps, at most, one or two carefully justified and limited forays into something that's more speculative. Radical hard SF on the other hand takes on every hard SF technology ever imagined and then pushes the envelope further with a few 'not impossible' techs that may not get the nod from every current scientist but do at least get a serious hearing from some significant number of experts in the field.

The very early part of the Orion's Arm setting's timeline could be described as 'Conservative Hard SF'. However, we are mindful that hard science fiction of any kind is a moving target. If there had been hard science fiction in the 18th century it might have featured steam powered mechanical horses and leather vacuum suits. We are imagining the progress of knowledge forward over thousands of years of future history, including the work of trillions of beings who are brighter and better educated than any human currently in existence. Further, we're not setting human intelligence as the limit; we suppose that hyperintelligent beings are possible, and that means that some extraordinary things might be achieved that are presently at the edge of scientific speculation and are not (yet!) ruled out. This leads straight into 'Radical Hard Science Fiction'. OA is hard science fiction taken to the extreme, with all the dials turned up to the maximum. 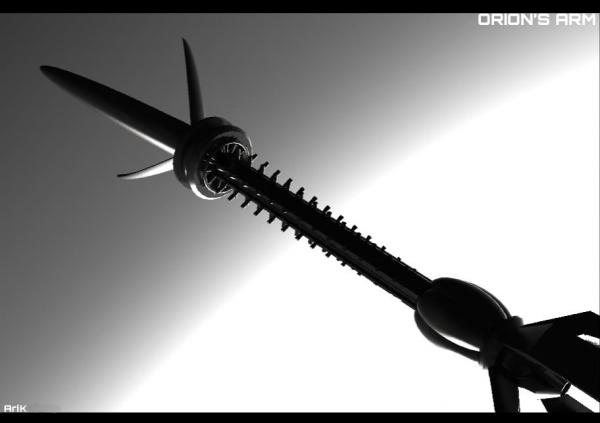